Why No Doctor Should Ever Recommend Tylenol Again 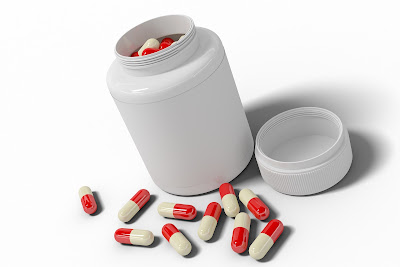 Last week we were talking about toxins to avoid when you’re trying to conceive. This week we’ve got another toxin on the docket. The toxin is acetaminophen, the main ingredient in Tylenol (known as paracetamol in Europe). No doctor should ever recommend Tylenol again. Not to pregnant women. Not to newborns. Not to small children.

“But my doctor says Tylenol is safe.”
I am a doctor myself and a nice southern girl. I don’t like to criticize other doctors but I’ll be honest with you: your doctor does not know what he does not know. Tylenol has not been shown to be safe for children. If your doctor would spend just half an hour reviewing the peer-reviewed medical literature about Tylenol, your doctor will realize it has not been proven safe.
Acetaminophen may very well be a main trigger for certain childhood neurological disorders, including autism, as well as childhood asthma.
Just ask a team of research scientists and medical doctors from Duke and Harvard Universities whose review article, “The Role of Oxidative Stress, Inflammation and Acetaminophen Exposure From Birth to Early Childhood in the Induction of Autism,” was published recently in the Journal of International Medical Research.
The article compiles an exhaustive amount of published peer-reviewed scientific evidence against America’s go-to choice for pain relief, explaining that the use of acetaminophen in young children may be extremely dangerous if they have something called oxidative stress.

Oxidative stress happens when inflammation gets ahead of the body’s ability to cope with it. 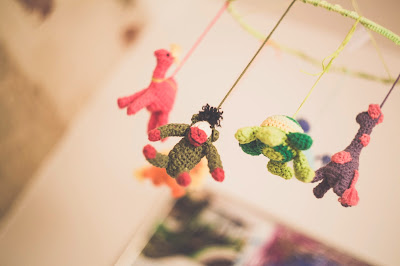 Tylenol: A trigger for autism?

The study’s lead author, William Parker, Ph.D., is an internationally known and widely respected research scientist who is an expert on the immune system. He discovered that the appendix is not a vestigial organ but rather an important part of human anatomy that produces and protects beneficial microbes, which are one of the first lines of a body’s immune defense. This guy knows his stuff. More than your doctor! (More than me.) Dr. William Parker is an associate professor of surgery at Duke University’s School of Medicine. He has spent almost two decades of his scientific career looking at why inflammation is on the rise in Western society. And Dr. Parker contends that in the case of autism, the specific trigger that leads to brain inflammation may be exposure to acetaminophen.
“Based on available evidence, I believe that exposure of babies and young children to acetaminophen probably accounts for more than 60% and as much as 90% of all cases of autism,” Parker wrote to one my colleagues recently. “We could hide this in a corner and wait possibly for years until conclusive studies are conducted, but clinicians and parents need to be informed of all available information.”

Erring on the side of caution

I don’t know about you, but that’s enough to convince me—and my integrative medical colleagues—that we should err on the side of caution.

As Paul Thomas, M.D., a pediatrician with a large practice in Portland, Oregon, explains in his recent book:

“Until we have more information, I believe it is irresponsible, even dangerous, for doctors to recommend acetaminophen-containing products to pregnant women or small children.”

Acetaminophen has never been proven safe for our babies’ developing brains.

Every doctor in America needs to stop recommending it. It’s not safe for women who are trying to conceive, for pregnant women, or for small children.

Have I successfully convinced you now that it’s time to toss the Tylenol?

Popular posts from this blog

Why This Doctor Doesn't Get Her Flu Shot!

October 24, 2017
Why Smart Doctors Don’t Get Flu Shots Smart doctors don’t get flu shots. Smart patients don’t either. Does that mean you’re not smart if you got a flu shot? No. It means the pharmaceutical industry has you and your wallet right where they want you. It means you believed the hype instead of looking at the science. Smart doctors don’t get flu shots. But I’m a doctor and not only did I get them, I insisted my mom and my siblings get their flu shot too. Once you hear my story, you will see that I can’t judge anyone who gets a flu vaccine. But I do judge an industry that tries to terrify and deceive people into getting a flu vaccine they do not want or need. I made my mom and siblings get the flu vaccine too Growing up, I never had a flu shot and I also never had the flu. But as a young adult thinking about starting a family, I listened to my doctor. I was told getting a flu shot was not only good for me and my family, it was essential. Life-sav
18 comments
Read more

Natural Alternatives to Tylenol: What to Give Your Kids, What to Take Yourself

November 01, 2017
Natural Alternatives to Tylenol: What to Give Your Kids, What to Take Yourself We almost crashed our server this summer with our blog about why no doctor should ever recommend acetaminophen or prescribe a Tylenol-containing pain reliever again (colleagues, are you listening? FDA, how ’bout you?). Since then, I’ve fielded hundreds of inquiries from families—especially worried parents—asking WHAT to use instead of Tylenol? Dr. Benton, what do I do for a fever? Dr. Benton, what do I do for a headache? What about for aches and pains? What about for migraines ? Glad you asked. There are safe, effective, natural alternatives to Tylenol that will get your pain in check. How to Treat a Fever Without Tylenol Fever is actually a positive sign that your immune system is paying attention and fighting disease. Fever is one of our body’s natural defenses against infection. Having a fever forces us to stay in bed—which gives our bodies time to heal. Sever
9 comments
Read more